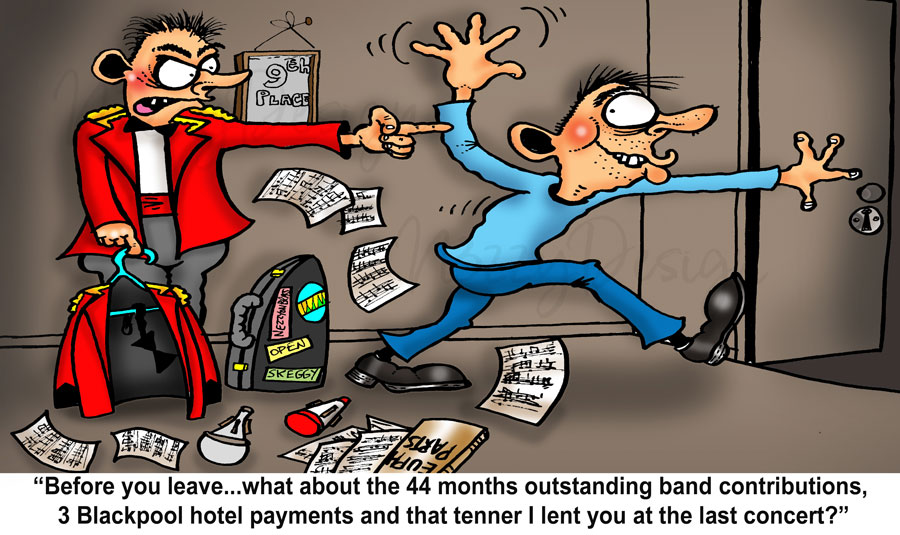 What players say when they leave their band is not what they are actually thinking.  It’s that really awkward conversation that we dread.  Leaving is usually the result of being poached by another band or sometimes because you have had enough of the banding merry-go-round.

You have been asked to dep’ for a rival band and as soon as you enter their band room you are treated like royalty.  The conductor, with the reputation of a sadist, is grinning at you like a shot fox.  The band manager is your best clingy friend, and everyone wants to talk to you.

You love being praised to the hilt, even when you can’t sight read ‘Blaenwern’. The band manager slips your band a crippler and persuades you to join.  In your euphoric state you hardly notice the pen in your hand gliding across the transfer form and cringe later at the ridiculous grin on your registration photo.  You’ve been hooked!

You have mixed emotions.  Hope…then doubt…then dread.  How the hell are you going to tell your old band?  Here are some snippets you may hear when a player tells their band they are leaving (in bold) – as hollow as a tree that has been struck by lightning! The players real thoughts are added…

I really don’t want to do this, but I have been given an offer I can’t refuse

We didn’t qualify for the National Finals, but my next band did.

I really don’t want to leave. I’ll miss you all 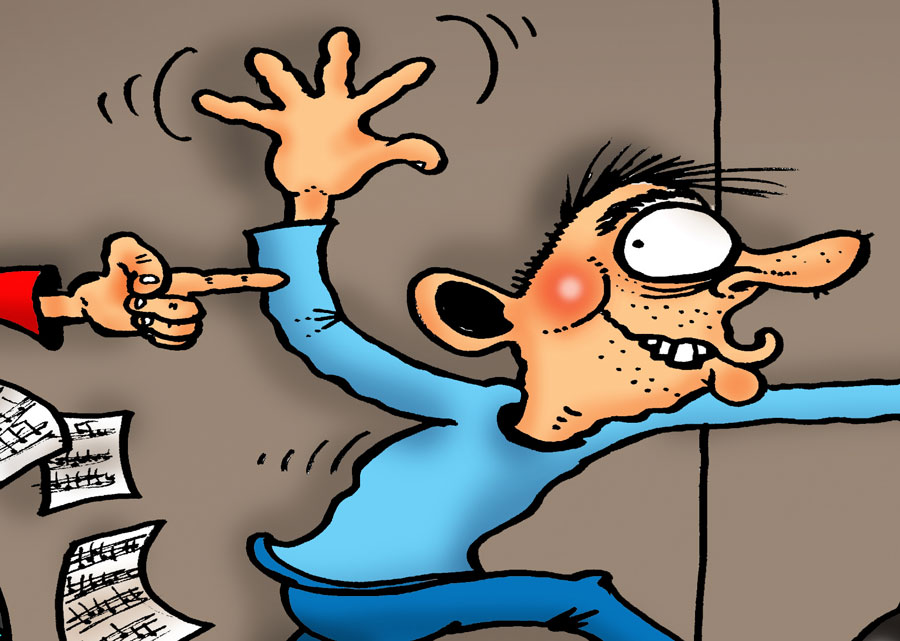 My work commitments have changed, and I can’t give 100% to the band so I need to step down for somebody who can.

Amazingly in my next band I will give full attendance, never be late and actually practice.

It’s not you it’s me

I need to take a new direction

I am heading up north …Yorkshire beckons!

The conductor is too scared to move their pet, tuneless, ‘rubato-less’, foghorn of a soloist in our band as they are also the band treasurer that pays the fees.

I have a problem with my lip

I can’t be bothered to play lip service to this band anymore.

Financially I cannot afford to come to band any more

I am leaving before I’m sacked

So many players have left recently that I don’t want to be in a quartet!

I need more time with my family

My wife is due the same day as the contest

She’s not due till a month after the contest – by which time I will be off the hook as I hate going to Blackpool.

If you think I’m doing Christmas carolling think again! – see you in January

I have heard that they are moving Coronation Street to our practice night.  See you if the rumour isn’t true.

I hate coming last at every contest thanks to our useless M.D. who couldn’t conduct a raffle

I am finding band rehearsals too intense

My new band have a massive tea break and a bar in the band room.

It has been the most difficult decision of my playing career

Sitting week in week out in a band that sounds like a zoo on fire has made it the easiest decision I have ever made.

Hope you come last at the next contest and fall apart…