Ray Steadman Allen’s Seascapes, used for this years Area test in the top section, is based upon a poem and each movement describes a different time, vessel and location.  Well that’s what it says in the score…but I beg to differ! Seascapes isn’t about ‘rowing home to sunny Palestine’, ‘dipping through the tropics’ or even a ‘dirty British coaster’…oh no! 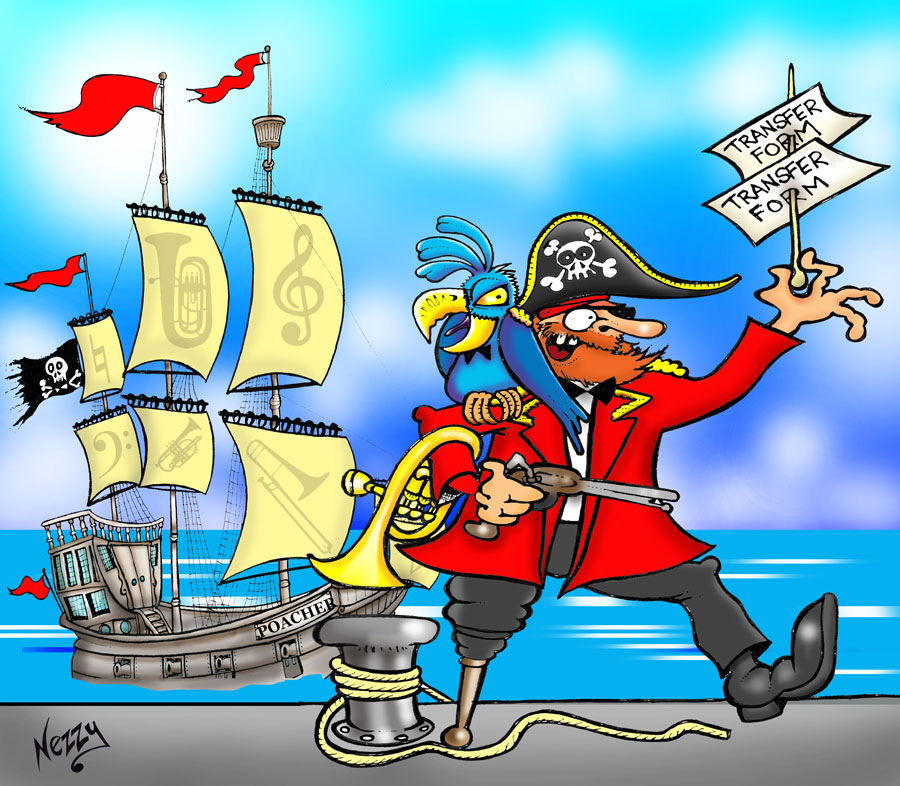 I see the skull and crossbones fluttering in a thunderous sky.  Red, black and blue uniforms braided and buttoned with gold. A motley crew of thirty lads and lasses brandishing timp’ sticks and brass instruments.

A captain who can talk the hind legs off a parrot supported by a wooden baton. As my eyes drift from the poopdeck, there at the helm, staring at the horizon with eyes of a great white shark is the deadliest of them all…the pirate poacher. And so beginneth the opening of first movement of RSA’s brilliant test.

This artful pirate seeker deftly fills every seat.  No mercy, no scruples and no regard for any other band that drowns in their wake. It’s the survival of the craftiest and the best pirate poachers are experts in the five ‘P’s’ – Praise, Promise, Persuasion, Psychology and Persistence and can multi-task in all five disciplines, even while they are lying like a cheap watch.

They come in many guises.  In yester-year it was a bespectacled, tweeded hawk stuffed with transfer forms, skulking on the gunnel of the contest bar. Whispering future glory to intoxicated bands folk.

Today it is a highly polished art form. Carried out with the utmost blatancy by a different breed, sailing very close to the wind.  Pirate poachers can include the conductor, librarian, band manager and even a beautiful siren singing sweet music in their victim’s ears as the intended’s band draws closer to a player loss shipwreck.

More recently it’s the curse of Davey Jones banding locker. Social media, the poacher’s paradise, or as some platforms should should be known – ‘Faceless’ and ‘Instagrab’.  The poaching pirate phishes unseen, skilfully hooking their victims between the Devil and the deep, dark web. The odd ‘like’ here a ‘share’ there or even a strategic comment paves the way to soften up the initial direct approach (this is the middle movement of Seascapes).

Students craving a solo position, star struck wannabee’s and top section cannon fodder are asked to dep for a rehearsal or concert.  The smiling assassin goes on a gentle psychological endeavour taking the unassuming pawn under their wing ‘neath the shadow of the not so Jolly Roger.

This is modern press-ganging.  In days of yore when a captain was short of crew he would send out a team who would subdue unsuspecting landlubbers with a quick piece of 3” x 2” round the back of the head, before dragging them off the ships hold.

In modern banding it’s the promise of an end chair, ego puffing to the extreme, the implied vision of playing at the Open and a trophy overflowing with lager and doubloons that secures the dirty deed (close of middle movement).

(Last movement) Band committees chatter and shout trying to fathom out how the poacher got at their player and batten down the hatches. Band managers try, with a shot across the bows, to protect their asset.

The pirate poacher in unrelenting and never works alone.  There is always a lookout spying from the crow’s nest or even infiltrating the victim’s band, feeding their master with information and passing bilge back and fore.

The band manager pleads with the player who has been promised treasure beyond their wildest dreams. It’s a Titanic struggle which slowly sinks in favour of the scourge of the seven C’s as fellow bands folk try unsuccessfully to stop their mutineer walking up the gangplank. 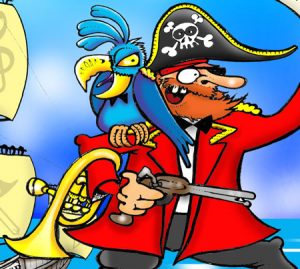 The poacher smiles menacingly as the player irresistibly signs the registration form – hornswaggle accomplished.  The final chord in the piece arrives.  A mixture of triumph for the poacher, relief for the player and anguish for those they have left behind.

Technically, poaching is not permitted in banding rules but surely players are big and ugly enough to make up their own minds?  Should the pirates of the high C’s be allowed to ply their toxic trade?

Should they be made to walk the plank or keel hauled? Or…is it fair game to entice a player into the Crew? When everything has been said and done me hearties – ‘All’s fair in Love, War and Brass Banding!’ 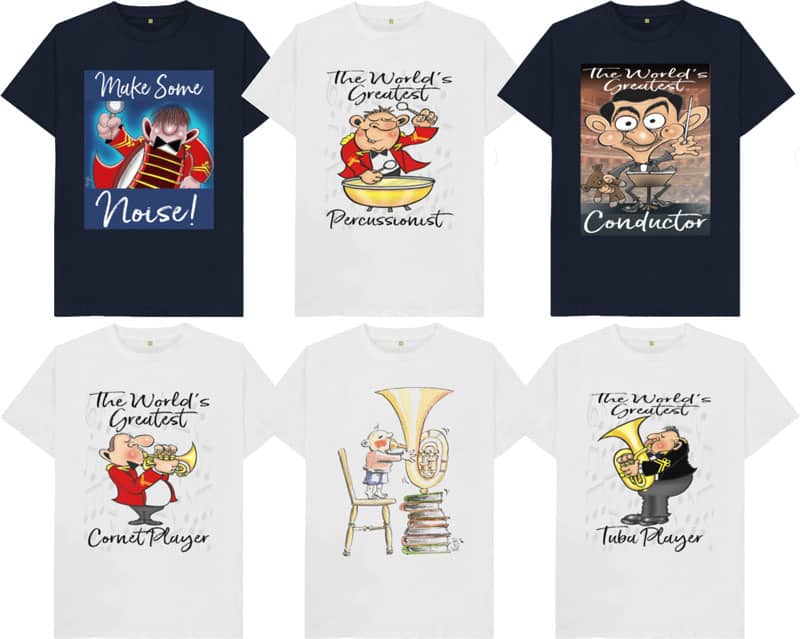 ‘Always on Time – Harmony Sublime’ – Brass Band Discipline on and off Stage Tinnitus…The bell tree of the ears!