The ‘Joy’ of Recording a Brass Band CD

It’s the ambition of most players and conductors to make a CD at some point in their career.  To be immortalized on a lump of plastic.

For those of you who have yet to experience the weird process of recording your band on Vinyl or C.D here’s a snapshot of what you are letting yourself in for…

To get the band in shape it will take a serious chunk of band rehearsal to get every piece of music up to a good enough standard.  Studio time is precious and lack of rehearsal results in technician wrath and knackered lips.

Did I say studio – HA! It will usually be a totally inappropriate hall with the acoustics of Wookie Hole!  The last two CD’s I recorded were in a school hall which was lively, to say the least, and a Miners Institute Hall which was as dead as Elvis’s cat.  Both extremes of what would be ideal.

You will never, ever (ever!) get everyone in the band in their seats for the full recording session.  Expect at least two days and a few empty seats.  You can almost hear the flapping of the circling vultures waiting to be asked to dep for an outlandish fee.  Deps will be required and they will also need to be prepared well in advance. I have seen deps turn up who wouldn’t know a crotchet from a hatchet.

Going off the boil for a second I remember a concert where the band manager asked a dep to play percussion without knowing his ability or letting him know in advance what we were playing. Needless to say, the dep was about 5 sections below par and had the sight-reading ability of a mole!  I have yet to hear anyone play the drum break in ‘That’s a Plenty’ in such an unusual style! Back to the CD… 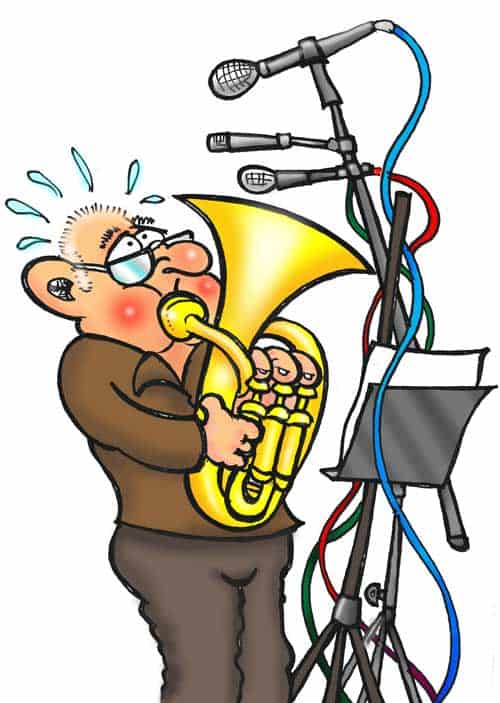 There are some musical directors who should be called just plain old ‘Director’ as ‘musical’ doesn’t quite fit.  Having listened to literally hundreds of brass band CD’s I often wonder if the person that chose the program actually considered if anyone with the potential to buy it would actually like what they heard.

On saying that the worst culprits are often soloists making their own solo album.  One CD, that shall remain anonymous contained several concerti’s (whenever I see a solo concerto I head for the razor blades) and other ‘music’ that sounded like a piano being dropped down a well.  It was taking self-indulgence to a new level and I am sure they must have struggled to break even.

Picking a program that people want to listen to is vital, especially if you want to shift as many CD’s as possible.  If your band is letting the conductor choose the lot then you are probably asking for trouble, unless you have a genius at the helm (and there are not too many of them about!). So as far as shifting CD’s goes, cheesy park job stuff is sometimes a much better option than a test piece or some avant gard (‘aven’t a clue) pieces that Jo Public will hate. 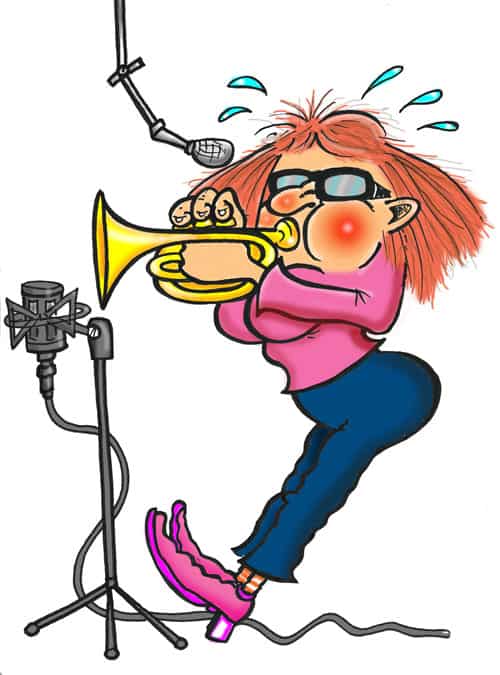 With sound checks, additional takes and safety net run through you will probably play more in one session that you ever would at any concert or band rehearsal.  You will require a lip like iron.  Your soloists will need to be placed in the correct running order to have them in the best shape for their best performance. No good putting your soprano player on last playing ‘Meditation from Thais’ after the band has had a right thrashing.

Conductors have to have some savvy when it comes to saving players lips. I have been in a recording where the conductor insisted on warming up with around 6 hymn tunes (each with several verses and none featuring on the CD) and then had the audacity to accuse players of not doing enough home practice when their lips were unfit to play a few hours later!  I felt like making the conductor do a thousand press-ups and then chew his ear off when he couldn’t lift the baton later!!!

Don’t rely on the players and backroom boys and girls to remember to bring food and water for a long recording session.  Some of them are as thick as a short plank when it comes to forward thinking and some others even need their mothers to dress them in the mornings!  No food or liquid refreshment means players under par.  So either provide food and drink or make sure the recording location is next door to Macdonalds!

Rewind to why the band wanted a CD.  If it was for the kudos and future heritage of the band then all is fine and dandy.  If it is financial gain then you need to do some serious calculations.  Here are a few pointers… 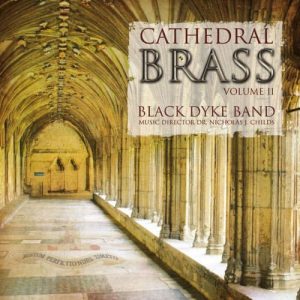 Who is going to buy the CD – reality check?

Let’s be realistic about this – unless you are one of the top flight bands there isn’t going to be a demand from the general brass band fraternity.  If you think for one minute that you are going to shift hundreds of copies through this route then you need to stare in the mirror for a week or two!

Your customers will be band members. friends, family, and sales at concerts and other band events. That’s it!

Aunties and uncles will listen once.  Say “that’s nice” and sling the CD in a cupboard…unless of course you happen to be the soloist and they will play it to all their friends before retiring it to a dusty drawer.  Ditto for anyone who is mad enough to buy your CD at one of the band’s concerts…heard once and forgotten. The only people who will listen time and time again are the players themselves.  Sad but absolute reality!

If you can shift between 100 and 200 CD’s you will be doing really well.  So after you take out the expense was it really worth it? 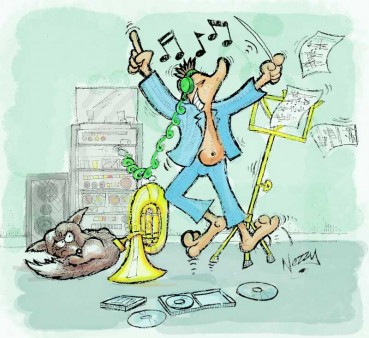 Unless you are bankrupting the band in the process the answer in my view is a resounding yes as memories of past banding life and performances are worth more than money.

I have been involved in more recordings than I can remember and have kept most of them.  Some on tape from the good old days, many CD’s and radio recordings and I still listen to them now.

Some of them are 30 years old and it really is great to look back.  You may be lucky and make a few bucks out of your recording but for future listening for those involved they are priceless!