Within most band rooms up and down the land there is an understanding, an acknowledgement and a general reluctant acceptance that the most important member of the team who meets each week is in fact not the principal cornet player. Certainly ably dexterous with his or her fanciful melodic lines, setting the tone on the concert platform and relishing in the supposed pressure of the contest arena, but the most important? No.

Perhaps then the Euphonium player who stares back across the band eyeballing the cornetist, vying for equal attention whilst dancing around an octave lower than their nimbly fingered counterpart? Or the horn player sat proudly in the middle of the band smugly in the conductor’s line of sight playing teacher’s pet offering notes and musical phrases as substitutes for apples and completed homework? No??

Then the conductor surely, who regularly demonstrates their considerable prowess in one and two-armed line dancing techniques whilst dressed for dinner and carrying a collection of action faces to reflect the joyful, sincere or hapless nature of the music?

No, none of these (nor the baritone player for reference – either one) are really the most important part of the team for without them the band would still function. Parts would be swapped around, the British spirit would kick in, (the baritone player may even get to move back up the line to where they probably started life in the band) and the group would carry on making merry music.

There is one person though without whom, the band could very quickly find itself treading water and certainly if you ask them, they will tell you that this is the case. 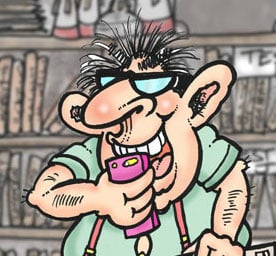 The band librarian can be a particular and peculiar beast, an entity that works within a code, a selfless individual who gives up their free time to support the furthering of others. An individual that employs a music library coding and referencing system so unnecessarily complex that Alan Turing himself would struggle to fathom the whereabouts of Instant Concert or Cornet Carillon.

An individual who works countless hours that ‘you will never see’ and will remind you that you’ve ‘never had it so good’ and how bad the state of the library was before they took it over. An individual without whom the band would collapse.

An individual who will be more than happy to tell you all of this and more.

Generally, the holder of this coveted post has an extraordinary level of playing experience rarely found amongst current members of the band. They will have been players themselves once, back when ‘we had a band’ and it wouldn’t be uncommon for them to have occupied more than one seat within the ensemble. Typically, this may have included a provisional stint on solo cornet or soprano, before moving onto the back row ‘to strengthen them up’. A selfless move…

Shortly after this it’s possible that a move onto horn (1st or 2nd rather than stealing the limelight in solo chair) may occur, to support the ‘young’uns’ and to help strengthen the section. 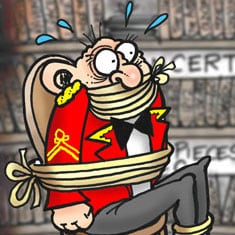 Again it is possible the selfless generosity will raise its head a short period later as a third move amongst the ranks might typically see our Red Adair move into the baritone section, to help strengthen the fraternity, for the good of the band. You may notice that the solo euphonium spot has not appeared on the current transfer list – if you ask your librarian directly however, they will confirm that this move was discussed and offered to them in a private meeting with a previous conductor, but that they had turned it down.

The final band move, not unlike those of Frank Lampard and Steve Gerrard, will be to a place where all their years of playing experience will be utilised to the maximum, will be fully appreciated by all and will offer a platform to showcase the sum total of their now considerable playing capacity; a move onto Bb bass.

With the exception of to the percussion section, some would consider that there really is nowhere else to go when this significant musical step has been embraced however they would be wrong. Much like the ‘Men of the Black Watch’ the library will always offer a home for those lost souls who have spent a life moving from one section to another for the good of the band, residing there to remind us all that one day the inevitable will happen and it will be our turn to make a move. 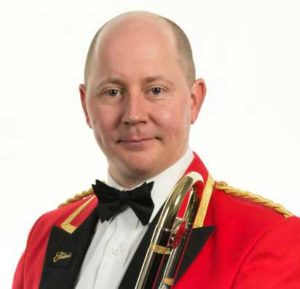 John Barber is the fabulous scribe for ‘And another thing’ Brass Band World Magazine.

John is the Solo Trombone at Fodens Band and works as a teacher at a local school in Sandbach, Cheshire.

You can now get Brass Band World Magazine in digital format for your Desktop Tablet and phone.