The Farce of Destiny 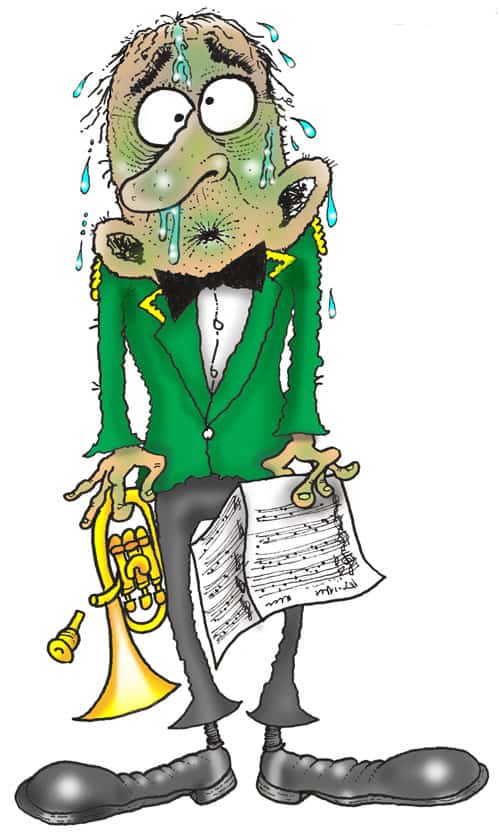 Would Lewis Hamilton prepare for a Grand Prix driving his formula one car round a few roundabouts in Milton Keynes? Would Fred Astaire have practiced his amazing tap-dancing routines with Ginger Rogers atop a tin tray on the kitchen table? Would Jürgen Klopp, Manager of Liverpool, train his first team squad for an FA Cup tie with a quick game of FIFA 2022? Hell, No!

While sat in our small band room, as the Area fast approached, I contemplated the banding world’s preparation for contests. We beaver away working, polishing, sweating, cursing the test piece, night after night, travelling miles back and fore band, slaving over a piece of music to get it absolutely perfect. By the time we get to the final rehearsal, the piece is in great shape.

Confidence is sky high. A podium place and qualification to the final are surely in the band’s grasp… it’s the band’s destiny and everyone believes it. The conductor exudes confidence. The band is buzzing! Just one massive problem.

For weeks, perhaps months, the band has been locked in the band room’s acoustics and institutionalised into this little safe cocoon of sound. To put this in perspective, imagine plonking your band room inside the area venue – St. George’s Hall for example. How does it compare in size and acoustics, and what other distractions are there?

Let me take you into the Brangwyn Hall in Swansea, the 2022 venue for the Welsh area. A veritable barn of a hall with solid walls, floors and ceilings making you feel like Billy, no mates, on your own. You try to settle on stage with a desiccated mouth and shaking knees (you know the usual contest terrors). It’s not the comfy friendly band room you are used to.

You have changed colour, from a carefree pink to a nasty shade of cold sweat grey tinged with a hint of green. The conductor beckons you to get in close. As the chairs scrape the wooden floor, the noise echoes around this solid bunker and you sense the echo and immense size, the band has to fill.

You look around and somewhere in the hazy distance towards the back of the hall, about half a mile away, is the adjudicators tent. Will they even hear the band all the way back there? Your trembling eyes track across the walls, taking in the ‘British Empire Murals’, three thousand square feet of colourful, exotic, and rather risqué paintings created by artist Frank Brangwyn. They were meant to be installed in the House of Lords, but the lords found them too disturbing, so Swansea Council bought them instead in 1936. Exotic jungle scenes, wild animals of every description and nakedness in all its glory are not exactly the sight you need to settle a nervous band. The Lords had it right… Disturbing!

By the time the whistle goes, the band is already terrified. You can hear yourself breathe. You can almost smell the fear as the comfort zone of your tiny band room fades away. The conductor raises the baton and off you go… All you can hear is the strange rasp coming out of the bell end of your instrument.

The acoustics, only heard once a year, take everyone by surprise. Those familiar links and audible cues you took for granted back in the cosy band room echo out of sync with the conductors beat, whose eyebrows narrow with the stare of death at every wrong entry and split.

Oh, the eye watering intonation as the sound bounces off stone walls and huge plaster ceilings. Disorientated, audibly confused, the band begins to rock and roll, haemorrhaging points. All those hours of practice and confidence evaporates, players shrink in fear, as does the sound.

At the end of the performance, the band skulks off stage and not even a few pints in the bar can take the edge of the anger, embarrassment and depression. Why on earth do we do it? Practicing in the same room, with the same acoustics without making the effort to prepare well, is madness.

Hopefully your band has had the sense to venture out of the band room… may the farce not be with you!