1.Name  the colours in Gilbert Vinter’s Classic test piece ‘Spectrum’ – a bonus point if you get them in the order that they appear in the score.

7.Which English bands crest does this belong to? 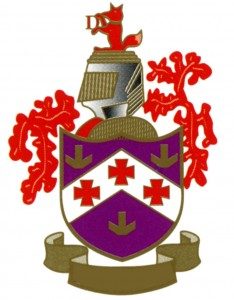 A Boy From Brighouse by David Horsefield Brass Band Transport