The summer park job season is upon us and I just did my first of the year at the end of May in Bedwellty Park, Tredegar. The grounds are magnificent, the bandstand wonderful, the best place in Tredegar, not far from the large garden shed that the local band rehearse in. 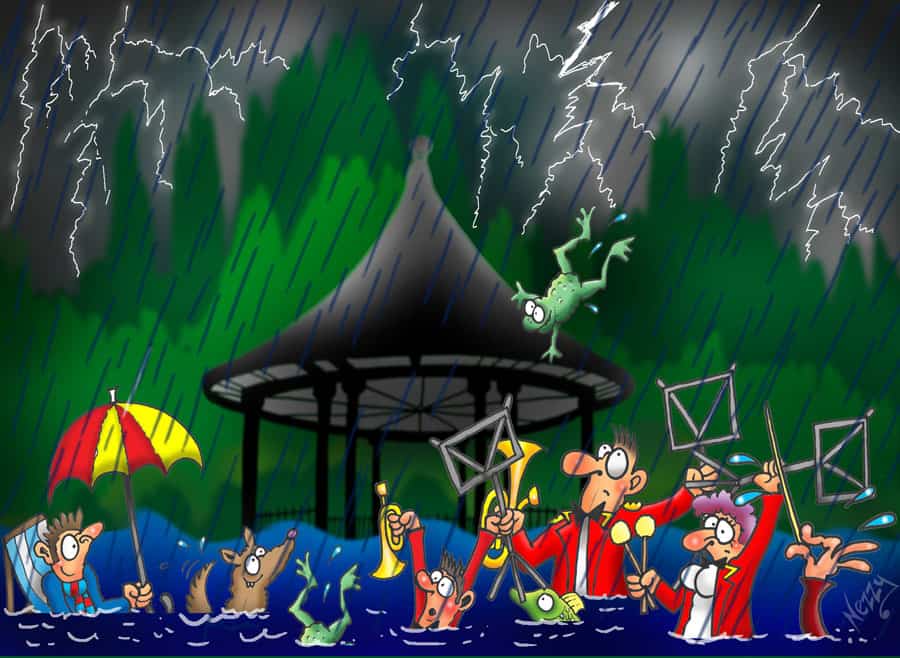 It would have been wonderful if it wasn’t cold enough to make a penguin sneeze and rain torrential to the point where it could drown a haddock. It came down in sheets and I was amazed to find the gig was still on, outside. Even more amazed to see a decent crowd sitting, umbrellas open under trees.

Who else but us mad Brits, renowned for going out in the midday sun, would be crackers enough to attend an outdoor concert in the middle of a monsoon? But… we are a hardy breed who are immune to the permafrost of Scotland, wind that removes skin in Yorkshire and the baking sun that turns those wild Cornish folk into pasty faced lobsters. 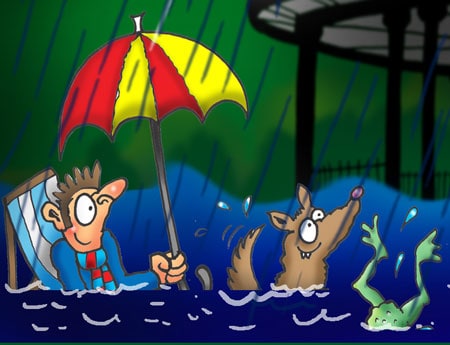 There is nothing quite as exhilarating as the rousing sound of a brass band belting out Disney fantasy… There’s a Bluebird on my shoulder… while being peppered with hailstones… ah bliss… zippedy doo dah!

Until recently, we used clothes pegs in park jobs to keep music on the stands (hopefully). The trouble in my neck of the woods is Welsh wind which has a force not appearing BBC weather news, with a mind of its own. The Valleys Vortex can travel at jet stream velocity and seems to steer itself to that precise point on a music stand where you just knew you should have put a peg or two. Before you can say Fantasy on British Sea Songs, Gordon Langford’s masterly music flies, merrily shredding itself in the park’s rose bed.

The other strange thing is that park audiences don’t judge, probably too concerned with the weather, ice creams and the plague of insects that show up at every park job. This non-judgemental assumption allows bands folk to sit back and relax.

There is no weirdo in a tent marking down every split note. None of the fear, dry mouth, shakes and all the other ridiculous phenomena that give us the screaming heebie-jeebies at a band contest. Just a relaxing stroll through the park music… right? Wrong. As about as relaxed as a river dancer with gout and a verruca. 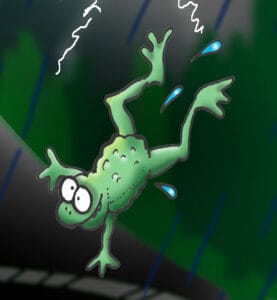 The problem is that some inconsiderate bands folk have the audacity to go on holiday. Not a problem, if you can replace like for like. But that’s never the case and you end up with inferior dep’s, or dep’s who are good but have not seen the parts… or dep’s that could be good but lack sight reading ability (that’s me… I couldn’t sight read three blind mice).

So, when you look around the band stand and there are ten faces you know aren’t band members and that anticipated relaxing two hours of sheer enjoyment vanishes. Trepidation lurks, especially with a dep’ in a principal seat that couldn’t blow a rat through a rissole with a solo to play.

You stare at them, recalling the times you have been in the audience listening to their band play, cringing for them when they are all over the shop. Now they are ‘helping out’ but ‘helping out’ now has a different meaning… helping to make your band sound dreadful.

Park job audiences may not be that well informed but when the musically unconscious dep’ gets up to play Roussalkas Song to the Moon or Capriccio Brillante, even a hard of hearing, ice cream obsessed, deck chaired chimp would know it was awful.

This feeling permeates through the real band players and puts them not just on the edge but well over it, suspended by their quivering braces, waiting for the dep’ to descend the band into an abyss of cringe. So next time you start to worry about the dep’s. Chill out. They at least turned up, while the trecherous person they are filling in for languishes on some far off beach, laughing their swim suit off!

Postscript… In typical British Weather style – as soon as I had written this we all roasted in a heatwave… but fear not… the rest of the summer is to come…  sun tan oil will be shelved, sandals forgotten, sun-kissed changes to sub-merged as the rain sets in and the heatwave, sent to us from Africa in July, is just a smouldering memory!!! – Nezzy

Strictly Come Banding – The Spring Festival Why do Conductors lie like a cheap watch?