Back to life – Back to reality 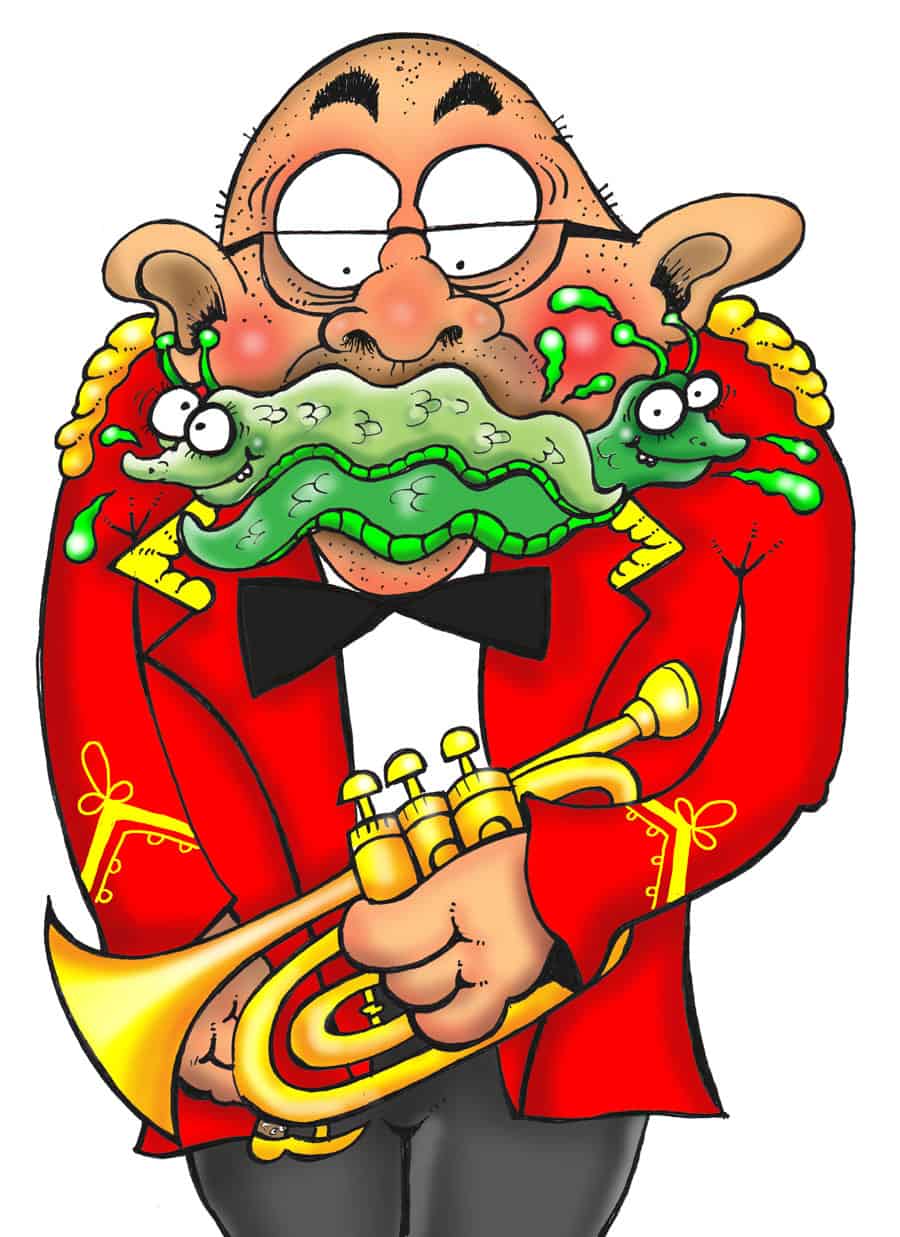 Our trusty conductor has just emailed our start up schedule after long Covid Hibernation. My first emotion was total elation, which saw me leaping around the house. After the euphoria had subsided, three questions dawned on me, as it has for most banders.

Q1 – Where is my instrument? Is it still in the under-stair cupboard beneath a hundred pairs of shoes, umbrellas, kids’ footballs, vacuum cleaner and two balloons (who the hell keeps half deflated party balloons in the stair cupboard?). Or did I leave it in the boot of the car? … It was so long ago since I last clapped eyes on it. I Found it in the garage, wedged between the barb-cue and a gas cylinder. I prize the lid open, evict woodlice, several arachnids and after a quick dust off, like Rafiki lifting Simba in the Lion King, I raise my estranged acquaintance up to the sky in wonder.

Q2. Where is the valve oil? All three valves are ceased so solid that a sledgehammer wouldn’t shift them. I drown the instrument in the bath and after molto sweat, extreme profanity, a pulled shoulder and plenty of brute force and sheer ignorance the valves finally emerge with a resounding pop, slurp and a nasty grating sound from their casings. I look in disgust at the Verdigris coating and another hour passes as I scrape off the muck, the first time a covid mask has truly protected me. After pushing brushes through the instrument and nearly throwing up at the ejected contents, I am ready for my first blow.

Q3 – How am I going to get back to playing fitness in a two weeks? – my lips feel like two slugs skating on a face, fresh out of the dentist after total tooth extraction – numb as a polar bears hooter! What was that practice routine I used to do fifteen months ago? Ah! long notes and lip slurs. I bore myself stupid with a few thousand semibreves, try lip slurs and, hey! I sound fantastic. What was I worrying about?

Then I remember that after a long absence the first blow is always easy but fades quickly. Sure enough, ten minutes later the two slugs feel as if they have been banqueting on those blue pellets scattered around dahlias and die! Not so much as a squeak comes out of the bell end.

I print off the part Christopher Bond has emailed. I stare at it looking for the high and very black notes plus those really evil quiet passages that require the lip control of a well-honed Olympic athlete. Fourteen days to get from geriatric to Mo Farrow.

A week passes, and things seem to get better, and worse, as the two slugs are bruised and battered. Then it’s the first virtual rehearsal on the piece. Five pages of relatively easy music but with so many mute changes that a professional juggler would dislocate their wrists. Do composers really consider the amount of baggage we have to cart about and unrealistic mute changes? Perhaps they think we play an echo type cornet with six bell ends fitted with various mutes, plus a gear lever to redirect the air flow!

During our Zoom rehearsal we are assured that all looks promising to get back into the band room, albeit with reduced numbers to start. That’s if a far eastern covid variant doesn’t give us any argy-bhaji sending us all back into virtual banding purgatory once more.

The lip is starting to return and even a hymn tune sounds half decent. What a difference a week of practice makes. Take ‘Monks Gate’ (no. 57 in the hymn book) – It’s the one with the first line “He, who would variant be…” It went from ‘tube train approaching’ to Richard Marshall in seven days.  Anything technical, such as Allen Vizzutti’s finger twisting beauties, would have to wait.

It will be a long hard slog to get match fit, especially for the likes of us who have reached the last trill of our banding careers, but worth the agony just to look up from the back row to a real person holding a baton in a real band room!

Why do you play your brass instrument? Brass banding at daybreak