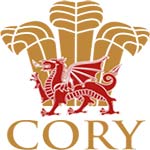 This was one of only a handful of trebles at the national Championships and I remember it well as I attended many rehearsals at the old Cory Bandroom (the one that burnt to the ground) while the band were under the musical directorship of Major Arthur Kenney. It was a remarkable achievement for a band which, current chairman Gwyn Thomas will admit, was not packed with stars. I believe the treble was reached through a combination of a great band spirit combined with three test pieces – ‘Contest music’, ‘Ballet for band’ and ‘Dances and Arias’ that suited the Majors brilliant interpretive skills down to the ground. I had the pleasure of witnessing each live performance at the RAH.

Although Cory have since achieved unprecedented success with more national wins and Numerous British Open and European titles, a treble is something that only four bands have ever achieved.  To win three on the bounce at the highest level could possibly be their greatest achievement.

Phillip Harper the current musical director of the band talks to Chairman Gwyn Thomas about his recollections of the treble in which he played a huge part in the soprano hot seat.

How many test pieces can you think of that are connected to fish?…[More…]

Brass Band Quiz 3 A Boy From Brighouse by David Horsefield