A Tall Tale Almost From The Horse’s Mouth 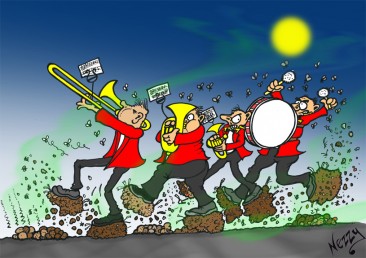 Ravensburg is a stunning town in southern Germany, almost on the borders of Switzerland and Austria, and I had the privilege of playing at the Ravensburg Rutenfest Music Festival in July 1997 with Cwmaman Band on a twin town exchange. The hospitality was out of this world – it was a joy to be there with such fantastic hosts. The beer flowed stein after stein with enough food to warrant compulsory liposuction. It was bloody marvellous! 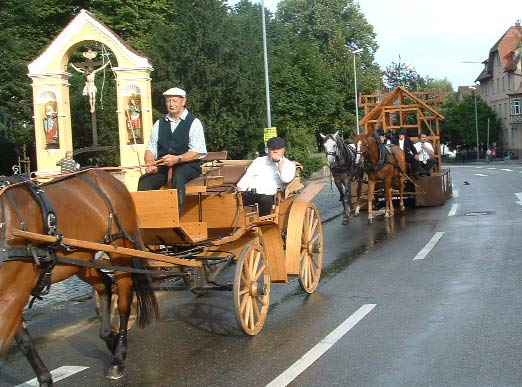 The Grand Parade through the town consists of around 500 horse-drawn carts, each one displaying a trade or craft ranging from woodcutters to bankers. Fifty or so orchestral and marching bands follow the carts and Cwmaman Band (guests of honour) were at the back – the only band invited from outside the Fatherland.

500 carts mean plenty of equine engines. All had been immaculately groomed, polished, and brasso’d. They had also been fed better than royalty as the march was a lengthy affair, weaving its way around the historical streets. It was about an hour after the parade began that we had the signal to ‘fall in’. I noted a slight ‘whiff’ coming our way and was soon to realise that every horse had ejected their digested fodder at an unbelievable rate. Marching through cobbled streets is an interesting experience at the best of times, but the layer of horse garnish that met us was truly staggering. Within minutes I had grown, as my shoes built up like a 70s’ rock star. 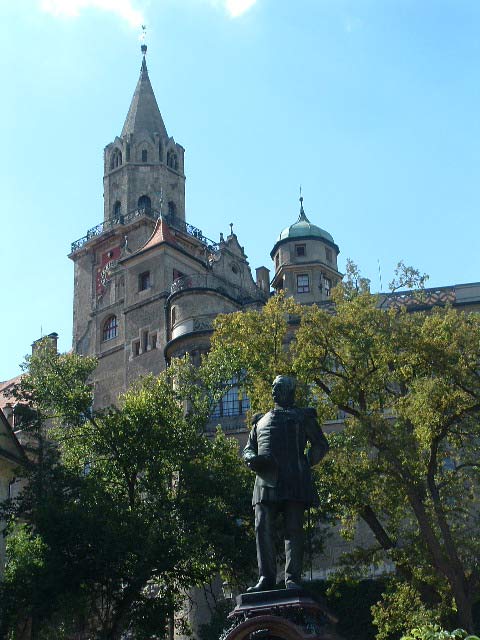 There were some players with one ‘platform shoe’ and nothing on the other, listing to port at 45 degrees on a sliding keel. One poor lass had decided to march in flip flops as it was a scorching hot day. They were now ‘plip plops’ as Dobbin’s little messages squirted through her toes with gay abandon. By the time we got to the coda in Punchinello, we were wading… with worse to come.

Horse flies are vicious little beggars that slice flesh off before supping your blood. Their Bavarian cousins have taken this to a new level by working in gangs, so as you attempt to swat one, another dozen dismember your leg. Between flies, muck and ‘Eau de Colon’ the band’s performance dropped from Championship to ‘Zoo on Fire’.  Admittedly there were a few brave flourishes going in as bandsmen and women swatted and squelched through rivers of ‘Oooh! Nasty!’  – covered in swarms of winged fangs.

In this banding challenge there was a happy conclusion. We got to the end of the parade and found our German counterparts in equal disarray. But as all good natured musicians do after a tough contest, we stood as one at the bar – steins in hand, shoulder to shoulder…at over seven foot two!

What is the most effective and ruthless way to sack players?…[More…]

A Fishy Test Piece Be Careful What You Wish For