It has been six months since I sat on a stage with my band at the area finals in Swansea. Apart from online collaborations, I truly thought there was nothing else going on in the banding world. I was so wrong! 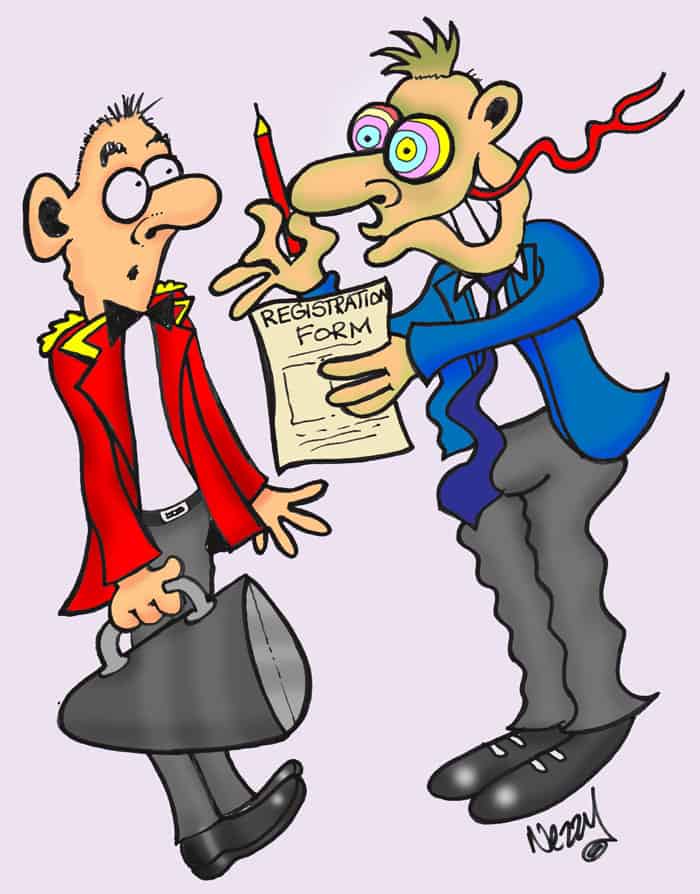 There is one pastime that has been totally unaffected by Covid-19. A dark and skilful black art that would have Lord Voldemort screaming for his mother.  It is a banding phenomenon which has been around for two hundred years, longer than Frankenstein or Bram Stoker’s blood-sucking creation… The phenomenon that should remain nameless…Player Poaching!

It used to be carried out in the bar at the contest when the target player was bought pint after pint enough to render them willing to join.  A form of press-ganging through intoxication. Nowadays it is through the tiny optic fibres and airwaves.

Who are involved the mysteries of this demonic occult? Who are these heartless souls who snatch away an unsuspecting brass player from the loving arms of the band they have cherished for years?  The scoundrel in question can have many guises but there are certain traits that mark the beast.

Player poachers are clever.  Psychologically astute with a sixth sense for timing.  When the target player is at their lowest ebb, just after another bad contest result, the poacher arranges for the player to dep’ at the next rehearsal.  The player is praised, plied with ale and carried shoulder high to the band room in a sedan chair…ok I exaggerate – probably a 2005 Ford Fiesta, but you get my lift drift.

The poacher always has a deep inside pocket that contains a brown envelope for a financial incentive, and a wad of registration forms. The visit to the band room is then followed up via the Facebook inbox, a powerful tool in the poacher’s repertoire of persuasion, where the manipulation and mind-bending is fine-tuned to perfection.

During the pandemic, this subversive brass band robbery has been stepped up a gear as players get used to playing from home and don’t want to go back.  Students take a gap year and others just can’t be bothered to scrape the cobwebs off their instruments.

A shortage always produces scoundrels, and in every band, they have at least one. It may be a principal player or even an ambitious conductor.  The usual position of the purveyor of foul deeds is the band manager who has the most experience in mind manipulation.

Find any band manager, look them in the eye and I can guarantee you will be looking into the soul of a Jungle book snake as it beguiles and hypnotises you into signing that wretched form. The band manager has to possess the entrapment skills required otherwise bands will become extinct.

A ruthless streak is an obvious asset as they strip another local band of their prodigy.  Persistence is vital, like a wasp around a jam jar or a fly round something far less appetising to keep the charm offensive always on the boil.

A winning smile, preferably with a full set of teeth, makes the poaching reference much easier.  The most damning asset is the ability to twist the mind and elevate the victim’s ego to such a pitch that they believe there is no option but to join.

The offer of a new instrument, a solo DVD (who they hell buys brass band DVD’s any more?) or a seat in the band well above the players rank of competence.

With the ease of the internet, cyber wars break out between band managers as the victim’s original band find out they are leaving. A storm of abusive threats with the world and its dog watching and chirping and chiding in with the odd inflammatory comment that ramps up the banding bile.

In the end, even after the offended band managed won’t sign the form until the player has brought back their uniform, instrument, music, mutes and eighteen months owed dues, the player eventually joins the new band.

At the very next contest, the status quo is resumed with polite nods and insincere smiles between rival bands.

So what was all the hassle about?  Simply put there has been so little going on in the banding world this last six months that any bit of banding drama is like music to the ears of the Facebook brass banding community!

Long live poaching and the intrigue it brings!