6 Month Search for the Right Mouthpiece!

I have recently made the decision to go back to my flugelhorn roots. I spent 13 years on this magical instrument in Tredegar back in the late 80’s and 90’s and had a shorter 3-year stint at Newbridge 2004-2007. I didn’t play anything from 2007 through to 2015 and then went back to banding with Ebbw Valley Brass initially on 2nd cornet then onto rep. I have never had a problem with an instrument or mouthpiece until recently… 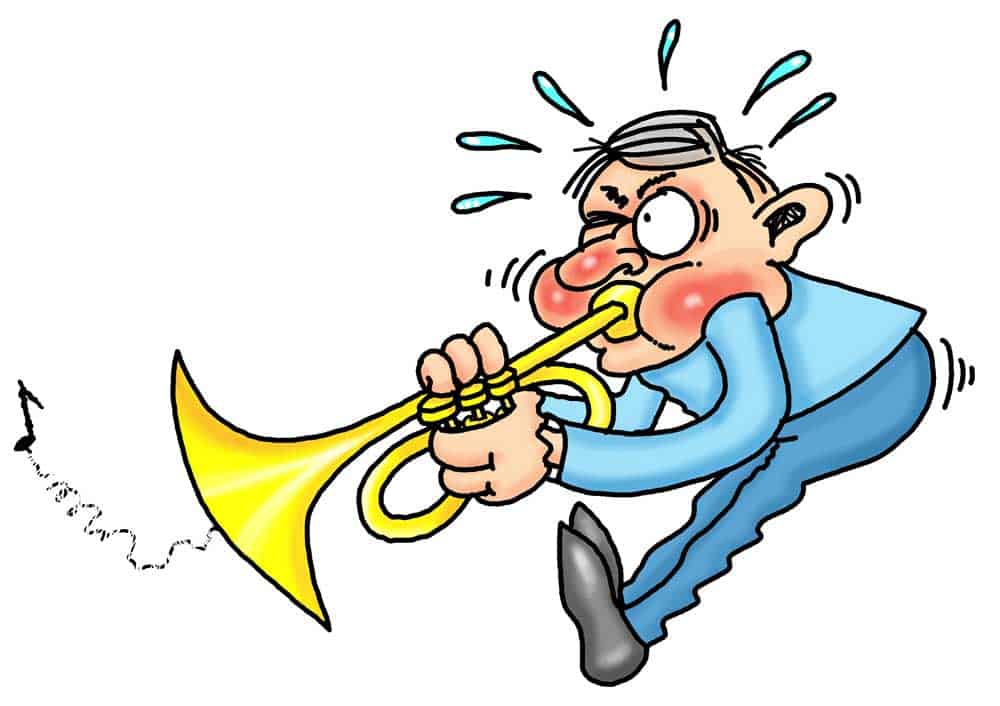 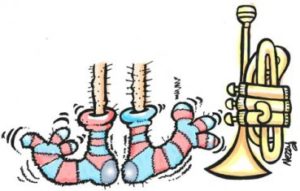 Towards the end of last year, I got itchy feet and decided I needed to make the move back to flugel and am currently looking for a position in another band as Ebbw Valley have a superb flugelhorn player in Jeff Thomas – who started playing flugelhorn with Cory when Harry Mortimer’s dog was a pup!

After trying out a few dozen flugals I bought a new Courtois last December and then racked my brain to try and remember what mouthpiece I used to use. It was a Dennis Wick…but which one?

I bit the bullet and splashed out on a Dennis Wick 4F. As usual, when you start on a new instrument you sound great for about 10 minutes. This time it was a bit different. On the lower register up to top F, I sounded like Helen Williams, Zoe Hancock and Dizzy Gillespi rolled into one!

Above the stave, I sounded like someone trying to blow a post horn with no teeth and after 11 minutes my lip was wasted. What was the hell going on? Was I so far over the hill that I would never get back into it? I reminded myself that I could still do pretty well on the cornet. So was it the instrument? I hoped not as I had just shelled out an obscene amount of money for this shiny lump of metal.

Are instruments ridiculously overpriced or is it me?

Going off lip slightly, is it me or are instruments so overpriced it’s ridiculous? I remember buying my first Sovereign cornet for just under £300 and my first car for under £500 (mind you that was about the same time that Phil McCann was on the end seat for Dyke). This shiny Courtois has a list price of £2,400. I even looked at a Stomvi but that was another grand on top. Now call me old fashioned and yes my first car was centuries ago, but £2400??? Even more obscene is the price of a mouthpiece which is now between 70-100 smacker’s if you want it gold plated. Someone is having a Giraffe!  How can a selection of brand new flugals range from £300 – £3600???… I digress…

Back to breaking in this beast of a flugel. I also found in the back of a dusty cupboard a Dennis Wick 4FL – perhaps this was the holy grail I had been looking for – the lost mouthpiece of Atlantis? Anyway, the 4F and 4FL both look the same and felt the same on my chops. I decided to stick with the 4F only because I had just been mugged to buy it and it was shiny and new.

The mouthpiece was deep (and I was shallow for selecting it on its age and shininess)…hellish deep compared to the cornet mouthpiece I was using at the time on rep.

If you have ever gone from a smaller to larger instrument there is a strange phenomenon that occurs. The more I practiced on the flugel the better I got on rep but it didn’t work the other way round.  So from December 2017, I was doing about an hour on flugelhorn and a ‘bit’ on cornet. The cornet playing improved no end and by the end of 6 months I had a lip like tungsten on rep but it was a different story on flugel. Great sound still up to top F and anything above was such a strain that I was not in control.

This has been such a frustrating 6 months where I could not see why I was struggling. After speaking to Helen Williams at Cory, who plays on a Courtois, with a pretty deep mouthpiece and sounds amazing I decided to try out some control tests.

I thought about getting a different instrument but realised it could be a very expensive experiment so I decided to try a different mouthpiece. Back to the dusty cupboard and found a shallow Vincent Bach. Result! I could hit top C without breaking into a sweat. Downside – sound had gone and I sounded like a cornet.

Time to do some more research. What do all these numbers mean on mouthpieces? After scouring the Dennis Wick website I found that there are 12 different Dennis Wick flugel mouthpiece sizes and a choice of silver-plate of gold. Then I dug deeper and there was the answer – a comparison chart with the description of each mouthpiece size. I  sent off for a medium deep mouthpiece hoping that I can claw back the range and control I am used to on cornet – result…failure!

Back in the day – A stolen and submerged flugal

I think I must have been dead lucky back in the day when I first ventured onto the best instrument in the banding world (I can say that because it’s my article and my website lol). I must have had just the right mouthpiece with the right instrument. I take that back slightly. When I was first asked to go onto flugel at Tredegar by Nigel Weeks back in 1988 I inherited an old Vincent Bach flugel which I struggled with for the same reasons I am now – upper range. That was until just before the National Finals in 1990 which was George Lloyds English Heritage, won by CWS Glasgow and John Hudson.

At the time I was in the fire service lodging in Newport as I had to be on call for the local station. One fateful night my car was broken into and I had left the aforesaid Vincent Bach on the back seat. Got up to go to work and realised with horror that the flugel, mouthpiece, and music had been nicked. I didn’t care one iota about the smashed car window. All I could see was the Albert Hall in a weeks time and I didn’t have an instrument!

The outcome was a lot more than I bargained for. I had a call at the fire station from the police later in the day. They had found the instrument in its case submerged in the River Ebbw which was 100 yards from where it was nicked. I got it back, dried off the case, ironed my copy of English Heritage (yes it works but don’t put the iron on full blast!) and washed out the instrument. I swear it was ten times better after being stuck in the rapids for most of the day (Welsh water has magical powers!) and the higher notes in George Lloyds test piece were easy peasy!

Then Tredegar had a lottery grant and I had a Yamaha Flugel which I really liked – just clicked with it straight away and saw me through till I left towards the end of the nineties.

The point I am making is that I had an easy ride as far as instruments and mouthpieces went and when I went on Flug’ in Newbridge for three years I was given the same combination. I used to believe that players who used to chop and change their mouthpieces as much as their socks were daft. I am now officially daft as well, as I am about to try my umpteenth mouthpiece. I just need a mouthpiece that gets me up to top C without screeching for it and more importantly keeps the flugel sound that I love – big ask but I will get there.

Mouthpiece Postscript…I am currently covering maternity leave for the flugel player in Llwydcoed Band and the other night Richard Davies (Dickie) their front row player let me try a flugel mouthpiece he had – one of Roger Websters Alliance Brass flugel mouthpieces – Bingo! It worked a treat and has solved the problem and saved me a bucket load of cash changing instruments! Thanks to Dickie and Roger Webster I have saved myself an absolute fortune and am able to keep playing on the Courtois which I have to say is superb.